S is for Seattle

We were warned about the rainy and changing weather in Seattle, but arrived to a wonderful bright and sunny day :). And that lasted for most of our stay, much to our delight!
Thanks to my cousin who lives there, and kindly spent so much of his time on us, we managed to take in a lot of the sights. We also stayed at his place in Redmond, and as he's a favourite with the kids they were quite thrilled as well. Here's some of the stuff we did:

Mount Rainier: After wondering the previous week if the weather would let us get to see the mountain up close, we managed to get the best view possible. The roads were clear because of the climate but the mountain was still covered in snow. The kids actually got to have their first "real" snow experience while dressed in summer clothing, I admit I was a wee bit jealous ;). 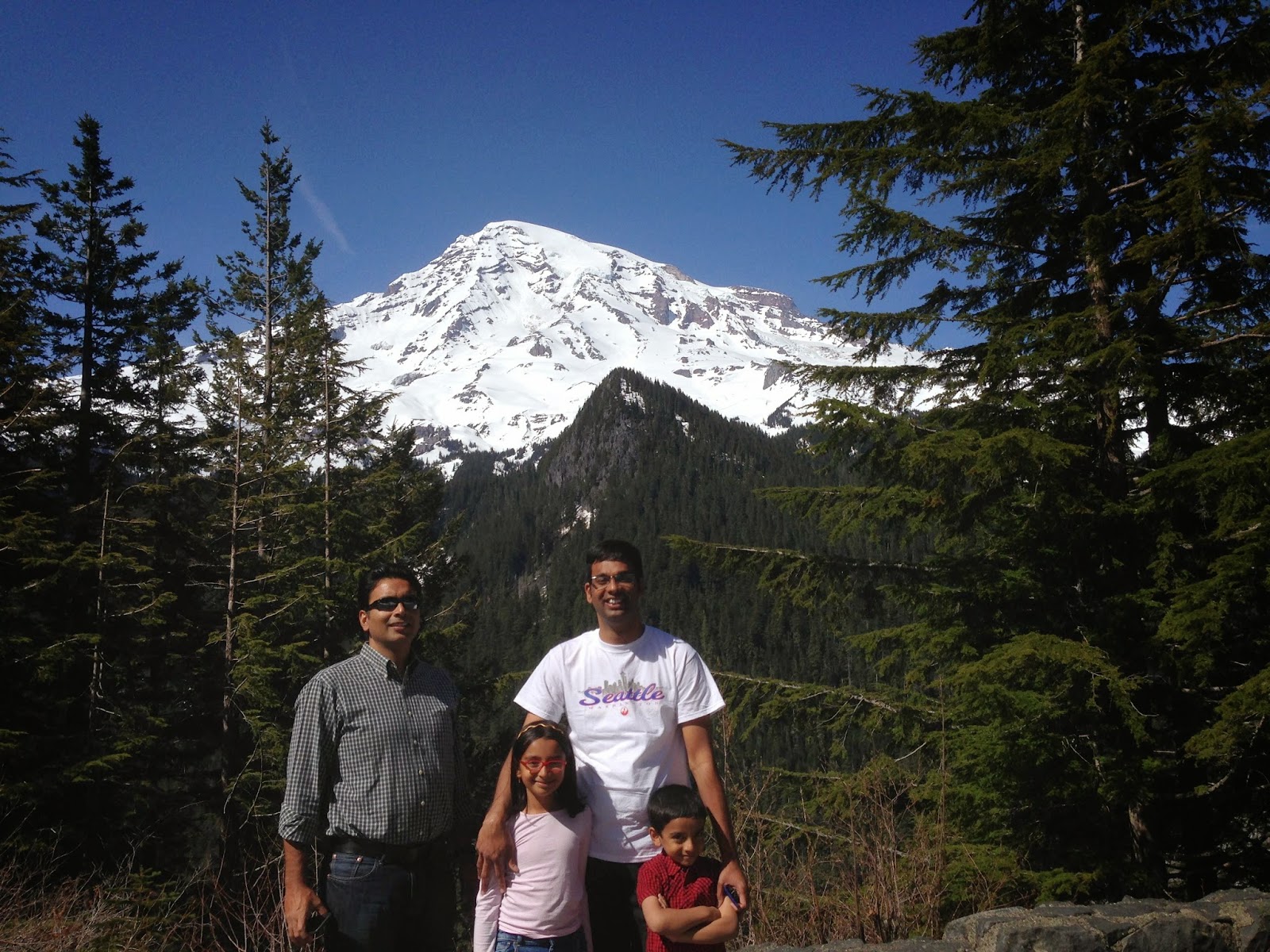 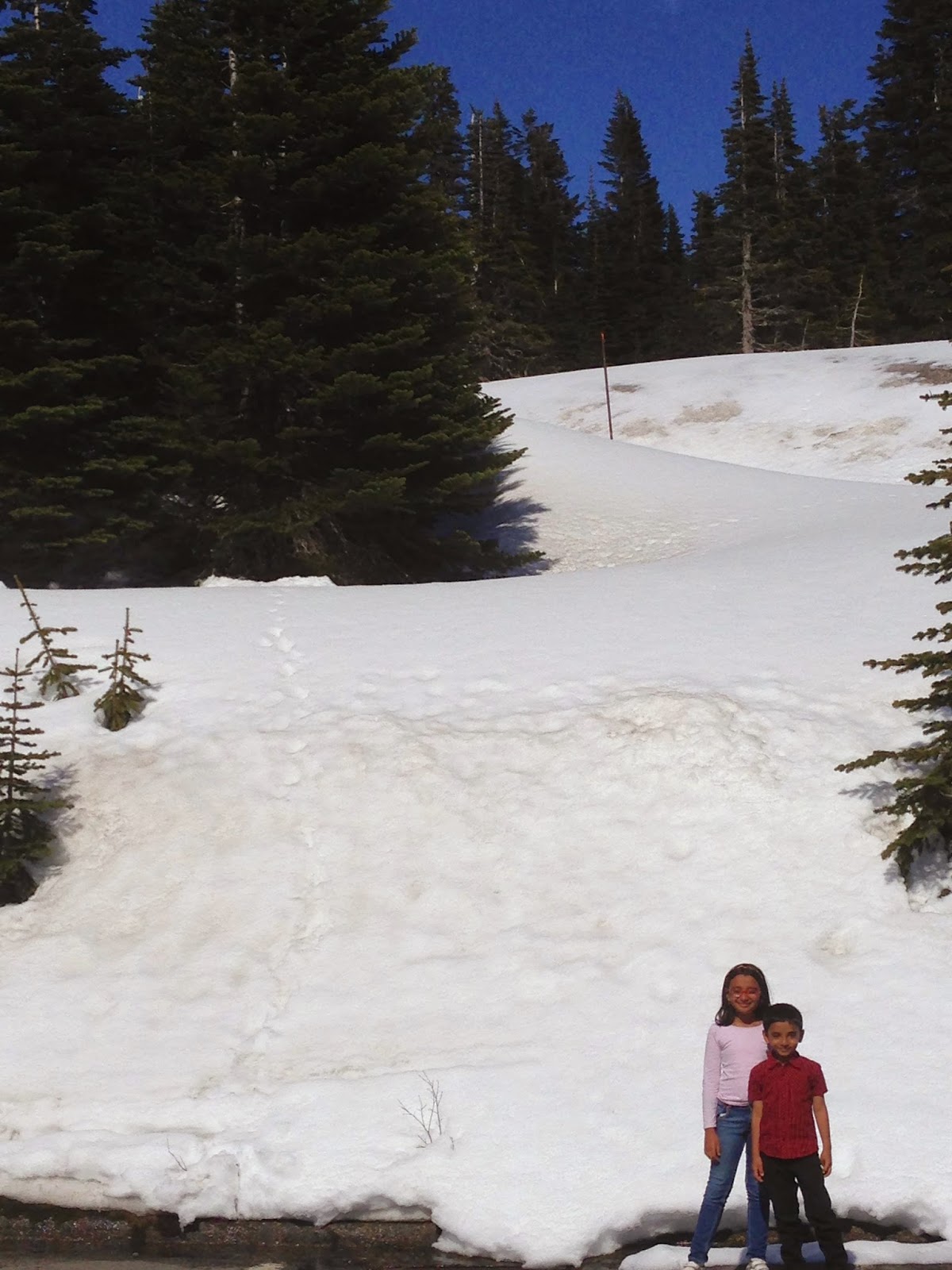 The Duck Tour: We had seen the duck tour vehicle that did the Duck Tour in San Francisco as well, but hadn't managed to take a ride there. Something that travels on land, as well as on water - I was just as thrilled by the experience as the kids were :). Add an entertaining driver to the mix, and it's definitely worth it.
Other City Sights: While the Space Needle is definitely "touristy", how could a Grey's Anatomy fan pass up on visiting it? So we managed to take it in on the one day that we went into Seattle city. We also caught a glimpse of the first Starbucks, though the queues were a bit too long for us to stick around and try their coffee (We had already had quite a few Starbucks experiences anyway).

Whale Watching: This was one part of our holiday that would definitely not have happened, if not for my dear cousin telling me about it :). It was a lovely day spent on a boat, chasing whales (mostly orcas). It was a bit of an irony trying to see them in the wild, after having seen them in captivity at Sea World. But you can imagine what an amazing experience it makes. The day was wrapped up with a visit to Deception Pass.

Time with Friends: A couple of dear friends were in Seattle, we managed to spend a day with one and her family. It's true what they say, even if you haven't spoken in years, the connection remains the same :). Another friend stayed very close to my cousin's place (though we realized that fact much later!) so managed to spend a few hours at her place one morning. 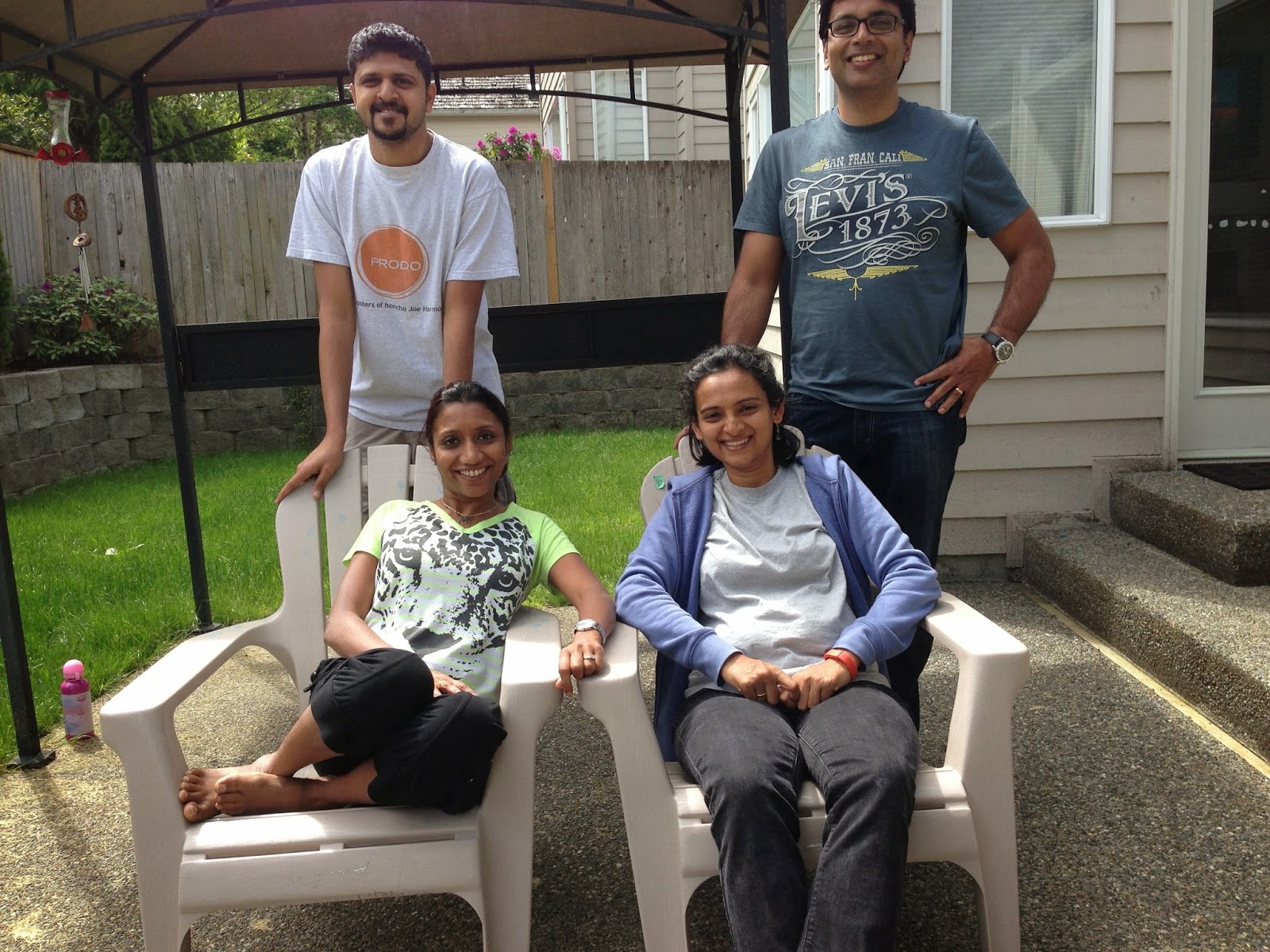 Museum of Flight: We managed to put in a visit to the museum on our last full day in Seattle - quite interesting and very informative for adults though the kids were good sports and walked around to see everything. 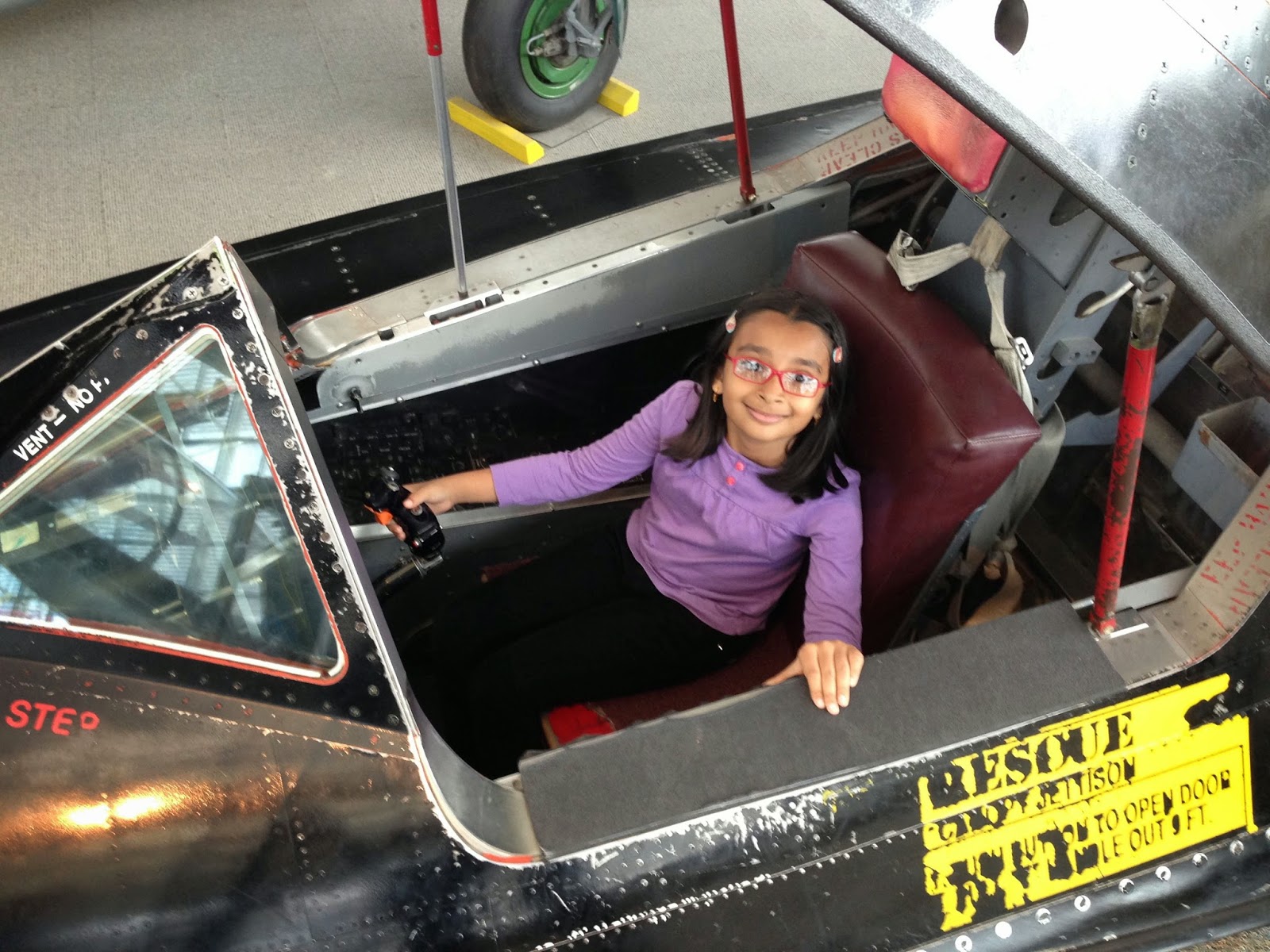 That rounds off my travelogue (Do I hear many "At lasts!" ;)). I am planning a couple more posts with references of tours and hotels.. and on the visa process.
Posted by Aparna at 2:07 AM 4 comments: