M is for Majesty - The Grand Canyon

That's the first word that came to mind when I saw the Grand Canyon. It's a place I've always been fascinated by, and the real thing was just as indescribably amazing as I had expected.

After our Disney bonanza, we headed to Vegas to take in the sights. Our hotel was just a bit off the strip (The Tuscany) so we did a lot of walking around. The fountains at the Bellagio could not be missed of course, and we also managed a few more of the highlights including the Tussaud's Wax Museum and a Magic Show by Nathan ... - basically all the kid-friendly stuff that we could find ;). 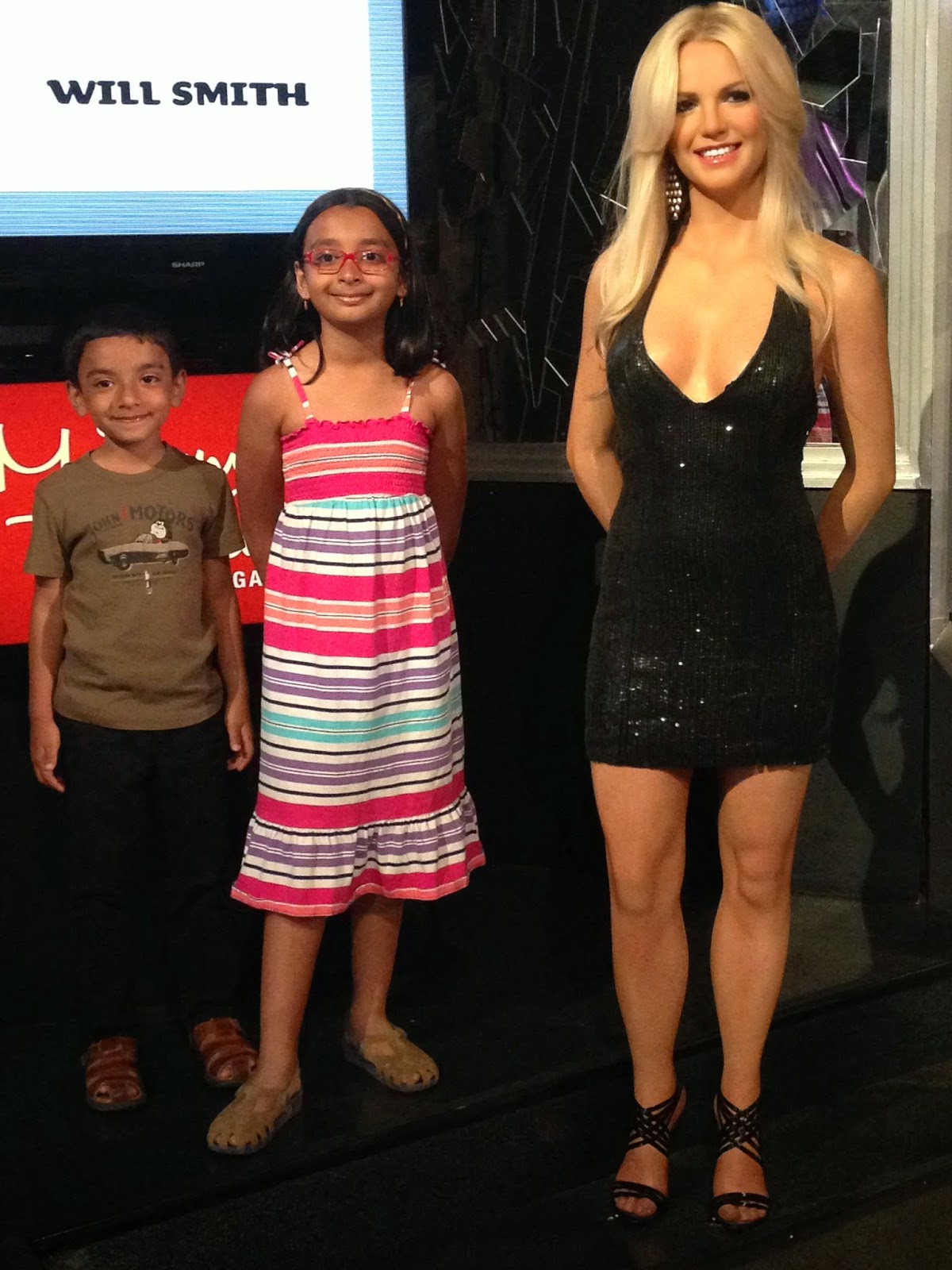 Next, a bus tour to the Grand Canyon that also included a stop at the Hoover bridge. The Canyon was much colder than expected thanks to a plunge in temperatures that day, but no amount of unpleasantness in the weather could take away from that sight. A very useful hint came from an announcement during our bus tour - that while we might like to take dozens of pics to capture that beauty, our friends should be subjected to just a few, so here goes ;):

Next and last stop, Seattle. I have a lot to say there as well :). Last couple of posts coming up soon!
Posted by Aparna at 7:31 AM No comments:

I is for Innovation - Disney and Universal Studios

After San Francisco/Fremont, our next stop was the beautiful San Diego. Here we stayed with friends, who took the time out to take us to see all the sights. We had tried to plan it around a weekend and managed to take in the Zoo, beaches and the Field of Flowers before the start of the next week. One more day at Sea World and then we were off to our whirlwind Theme Park tour ;).

For this part of the trip, we stayed in a resort at Anaheim which had a shuttle to the theme parks at all hours. First day was at the Disney California Adventure park, and I think I had more fun than the kids did :). Unfortunately I am the only one in the family who is a roller coaster enthusiast, so it was not worth the trouble(or rather the time!) to wait in line or get a fast pass just for myself. Tip: Read up on the Fast Pass concept, and get the fast pass for the Cars Radiator Springs ride as soon as you walk into the park :). The Aladdin musical was another nice experience that made up for not making it to a Broadway show when in New York.
Next was Universal Studios, and this is the biggest reason why I wrote this post under "Innovation". A roller coaster ride where just the eyes are getting tricked with the level changes, that's the Transformers based 3D ride for you - it was wonderful for everyone to get the roller coaster experience but without the sinking stomach feeling. I think we the parents were more blown away by the studio tour than the kids as we could relate to nearly every show and movie that we were hearing about. This is also where we met ASIMO the robot developed by Honda which was an awesome experience. A few days back, D asked me if we could have one of our own ;). Oh well, if they ever start mass producing them maybe. And we would still have to sell the house or something.
We chose a bus tour that took us to see some of LA/Hollywood in the evening as well, so got a feel of that as well. Unexpected excitement - seeing Saif Ali Khan just strolling along, just as we got off the bus onto Sunset Boulevard. I was too excited, and not enough of a fan :P to stop him and try to say anything of course.

Day 3 was back to Disney, this time back to the other theme park Disneyland, that is the original one in the set. This was based more around the Disney characters, and also had meets and photo shoots with some of them. Most of the lines was scary though, and when we found that we would have to wait 4 hours to meet Elsa and Anna, we had to regretfully tell D we would have to miss out on that. The day ended on a nice note though, with the evening parade.