Where bread making is concerned, I have these weeks of feverish enthusiasm where I want to try one bread after another, and then all of a sudden everything else seems to take priority and I just take a long break from it ;). So well, a couple of weeks back I was back to this feverish stage, and I tried three different types of bread in quick succession.

Though I had stopped buying books after moving over to the Kindle, where cookbooks are concerned I really miss the lovely colourful photos when viewing on the Kindle. And thanks to the sale on Flipkart, I have started building up a bit of a collection. Peter Reinhart's Whole Grain Breads was a book I picked up at full price a few months ago though, and was a bit overwhelmed by the information he has given on not just the technique but the fundas as well. I took it up once again, determined to get a hang of it this time, and ended up trying this transitional bread, which is 50% WW and 50% APF or Maida. His technique involves a 2 day process, but very little actual involved "doing" time. It's just that little bit of extra preparation to do some steps the previous day, and leave it in the fridge or room temperature as required. It is a looong recipe, so I will not be writing all the minute details here. In case you feel something major is missed out, do let me know in the comments and I'll try to fill in the gaps.


And now you know why I was lazy to take up writing down this recipe on the blog ;). The actual doing though is not all that tough.. the steps go by quite quickly. And yes, here was what the loaf finally looked like :): 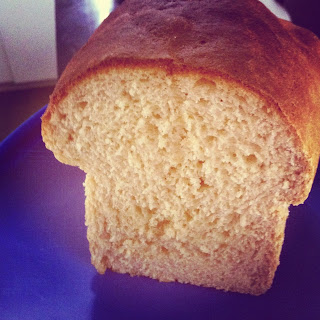 It was Movie Week :)

We've had quite a few movie starved years, to most viewings limited to what's on TV. In the last couple of years, we managed to go for a few animated kids movies, and the occasional "grown-up" one too, but this week was a refreshing change. With hubby spending some time at home, we managed to catch a couple of morning shows.

Singam II - A total masala and action packed flick, carried totally on the shoulders of the able Suriya. I must say I went in with exactly this expectation and thoroughly enjoyed myself :). There are very few tamil movies that I manage to watch in the theatre so this was quite a treat, and I enjoyed every punchline and every exaggerated fight sequence! Once upon a time, I used to turn up my nose at "violent" movies, and considering that the last tamil movie I saw was Viswaroopam (a total gore-fest), how we seem to change with the times ;). Mentioning the heroines as an afterthought, because they nearly were that in the movie - Hansika Motwani actually had a meatier role than the continuing heroine from the first movie, Anushka Shetty. The usual sudden song sequences and grinding hips were very much present as well :).

Bhaag Milkha Bhaag - It helps sometimes to be a bit vague and unaware of the stories of famous people like Milkha Singh, because it made the movie that much more enjoyable for me. I guess for someone who read up or already knew his history before going into the movie, it might seem a bit slow moving at times. But in my case, I was completely riveted by the story, and needless to mention Farhan Akhtar as well. In this case, the story completely justified it being a complete hero-oriented movie, but I was still quite surprised by the length of Sonam Kapoor's role. I was also waiting during the movie credits on a few lines about what Milkha Singh was doing after the happenings in the movie (English movie ishtyle I guess), but that never happened.

Talaash - This one was on TV last night, and we never managed to catch it in the theatre when it was playing of course, so I determinedly sat and watched it until 12 o'clock. And had to go a little "huh?!" at the final twist part. I need to elaborate here, and JUST in case someone actually wants to see this one later, do not scroll down...
.
.
.
.
.
.
.
I mean, seriously "Sixth Sense" style?!! My mind refused to take in the whole supernatural twist, though of course that was the tagline of the movie and I should have realized something like this was coming I suppose. No wonder this one did not have a great box office showing, though disappointed that one of my favourite actors was stuck with this storyline.

Forgot to mention, I also liked the fact that none of these movies were 3-D!! Lately it seems like every movie we've been to, has been with those glasses on, and the charm has worn off a bit for me.
Posted by Aparna at 1:06 AM 9 comments:

This one's been lying in my drafts for a few weeks now, so I thought it was high time it saw the light of day.

It started with this post I came across on Facebook, and also shared on my timeline to much discussion :)
https://www.facebook.com/apster.george/posts/10151481637494164?notif_t=like

Soon after that I visited the Orange Rhino page and read many more of her blog posts. I just felt a big connection to her writing, and her straightforwardness in expressing her shortcomings. I was nodding my head to so much of the stuff she said, such as this Ode to the Moms I shall never be. I also liked the fact that she set realistic goals, and encourages everyone to do the same. It's not about taking it on for a year like her, you can try a week, a month or even not count at all if that works better for you.

She had a recent 30 day challenge, not so much a no-yelling challenge as a preparation on how to start the journey. Well I read the emails, agreed to everything but somehow feel an inertia to just say "Here I am, starting off now!". Still pretty much at the introspection stage and wondering how to go about it, but here are some thoughts.


Can't delay the inevitable much more, so here goes. Announcing to the blogosphere and my friends and  family reading this, that tomorrow shall be Day 1. I'm sure many updates shall be coming up on "restarted" Day 1s so watch this space ;).
Posted by Aparna at 10:45 AM 8 comments: